Townville – Mr. John M. Grubbs died recently at his home near Jefferson, Texas. He was born and reared in Anderson County and for 30 years or more resided near the Fork, removing thence in 1870 to Texas. In early life he married Miss Nancy Cox, the daughter of the late John Cox, a substantial citizen living on the Abbeville side of Anderson County and sister of Major D. L. Cox, now of Sherman, Texas. Five of his sons served in the Confederate Army, two of them giving their lives to the cause. One died in Va. of wounds and the other was killed in a memorable fight between Jenkins’ Brigade and the Federal hosts in Will’s Valley near Chattanooga in November of ’63. Another, W. T. Grubbs, now auditor of Oconee County, lost an arm in the Battle of Fredricksburg, Dec. 13, 1862, and still another, W. L. Grubbs, now of Texas, distinguished himself as first lieutenant in Co. D, 2nd SC Rifles. In the fall of ’63 the exigencies of war drew Mr. Grubbs himself into service and he did his duty in Charleston as 1st sergeant in Capt. T. H. Russell’s Company, and later was in active service as 1st Lieutenant in Co. E, Barnett’s Battalion of State Troops. He was for a number of years a magistrate and made a capable officer. He was lifelong Baptist. The news of his death will carry sadness into many homes in Anderson and elsewhere. W. A. Dickson. 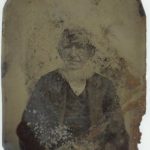