Richard Gill Mills Dunovant, a brigadier general of South Carolina militia, was born on May 18,1821, in Chester, South Carolina. His father, Dr. John Dunovant, was a physician, slaveholder, and state senator; his mother was Margaret Sloan Quay. One brother, John, was a regular army officer and Confederate general killed in 1864- Dunovant himself married the sister of Congressman Preston Brooks. After graduation from South Carolina College, Dunovant studied medicine and moved to Texas, in which state he practiced until the Mexican War. At the outbreak of that war he returned to Chester and raised a company, of which he was elected captain. Later major and lieutenant colonel of South Carolina’s Palmetto Regiment, his account of the battles in the Valley of Mexico was published under the title The Palmetto Regiment, South Carolina Volunteers, 1846-48. Returning to South Carolina, Dunovant became a successful planter, owning forty-seven slaves in 1860. In 1855 the legislature elected him adjutant and inspector general of South Carolina state militia, a post he held until 1861. A secessionist, Dunovant was elected delegate to the state secession convention and signed the ordinance of secession.

On January 2,1861, General Dunovant took over command of the 4th Brigade of militia stationed opposite Fort Sumter. At the end of that month the brigade’s regular commander (General James Simons) returned to the brigade. Dunovant was then appointed commander of the newly created regular army of South Carolina. Dunovant started the war entrusted with the command of Fort Moultrie. Appointed brigadier general of South Carolina state troops, he commanded two infantry regiments on Sullivan’s Island during the Fort Sumter bombardment. Later resigning his state commission when his troops were mustered into Confederate service, his “noble” self-abnegation (unusual modesty in those times) was praised by Governor Pickens. Commissioned colonel of the 12th South Carolina Infantry on September 1, 1861, he commanded Fort Beauregard during the Port Royal attack. Badly outgunned by the Union fleet, Dunovant and the garrison evacuated the fort and escaped to the mainland. On April 2,1862, Dunovant resigned his commission. Late in the war Dunovant was elected to the South Carolina General Assembly, representing Edgefield in the Forty-sixth Assembly (1864 to 1865).

After the war Dunovant lived in comparative retirement as a planter in Edgefield. General Dunovant died in Edgefield on May 12, 1898 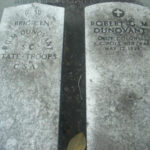 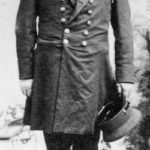