William Meadow Burch, his five brothers and two nephews all served as cavalrymen during the Civil War. He enlisted in Co A, 4th Squadron, 12th Battalion,SC Volunteer Cavalry on 22 Apr 1862, when his first child was seven months old. This unit later became part of the 4th SC Volunteer Cavalry. He served honorably until the end of the war and was discharged in 1865 at Greensboro, NC. Among his Confederate duties was being detached from his unit to serve as a courier at district headquarters. In late October 1863, he was given a 10-day furlough. His second child was born nine months later.

Before the war, the Burch family possessed considerable property and wealth. This changed with the war. In his application for a Confederate pension in 1919, William stated that the value of his property did not exceed $500. His death certificate lists his occupation as “farmer.”

William Meadow Burch died on 22 Dec 1921 in Mt Croghan, SC at the age of 81 years 8 months. His death certificate lists the cause of death as “pneumonia and old age.” He is buried at Elizabeth Baptist Church Cemetery in Mt Croghan. 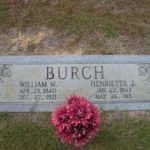 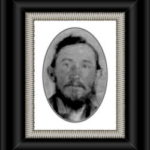 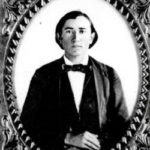