Bourn Enlisted January 1, 1862 in Waccamaw, S.C. at the age of 17 by Capt. Samuel Smart. Bourn was seriously wounded at June 16, 1862 at the Battle of Secessionville. He was reported absent without leave on February 8, 1864. He received a clothing allowance on September 30, 1864. On December 11, 1864 Bourn was reported absent due to sickness. He was paroled with the Army of Northern Virginia at Appomattox Court House April 9, 1865.”He was one of many from Horry in the 26th SC.  He was very young when this picture was taken during the WBTS. Buried at Parker Cemetery in Horry. 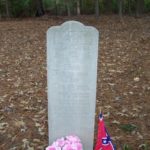 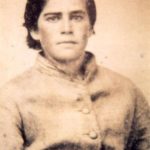