Civil War Confederate Major General, US Senator. He was born in Greenville, South Carolina. He was the nephew of naval heroes Oliver Hazard and Matthew Calbraith Perry, and former South Carolina Governor and Mexican War hero, Pierce Mason Butler. He attended a local academy then moved to Indian Territory with his father, former congressman William Butler, who was serving as an agent to the Cherokee Nation. On his parents’ death, he resided in Edgefield, South Carolina, with another uncle, United States Senator Andrew Pickens Butler. He attended South Carolina College, was admitted to the bar, and in 1857 married Maria Pickens, the daughter of South Carolina Governor Francis Pickens. In 1861 he resigned a seat in the state legislature to become Captain of a local cavalry unit. By First Bull Run, he was commanding a mounted unit in Wade Hampton’s Hampton Legion. Afterward he was promoted to Major and in August 1862 he was made Colonel of the 2nd South Carolina Cavalry. He led the regiment with skill and daring in the Antietam and Fredericksburg campaigns. At Brandy Station, he guarded the rear of Stuart’s cavalry division against a Union flanking movement. It was during this fight that the young Colonel lost his right foot to an artillery shell. Returning to the field on crutches early the next year, he was appointed a Brigadier General and was conspicuous in many of the cavalry battles of 1864, especially Haw’s Shop and Trevilian Station. Later promoted to Major General, at war’s end he was fighting but fruitlessly against the invaders of his native state. After the war, he returned to law and politics. He worked to integrate blacks into South Carolina politics. After failing in a bid to become Lieutenant Governor, he joined the Democratic party and when his old commander, Wade Hampton, became Governor in 1876, he was named a United States Senator. He served 3 terms in Washington, being defeated in 1892 by Ben Tillman. He then practiced law in Washington until the Spanish-American War, serving as a Major General of Volunteers. He later served on the commission that oversaw the Spanish evacuation of Cuba. Later he was an officer in a Mexican mining company and vice president of the Southern Historical Association. He later would die in Washington DC. Family links: 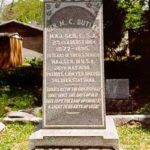 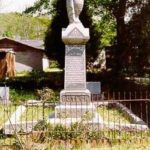 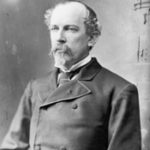 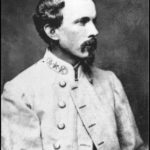