James Washington Clark was born on September 29, 1842 in Colleton County, South Carolina.On August 17, 1861, Clark enlisted with Company H of the 1st South Carolina Volunteer Regt., which was under the command of Capt.William Haskill. On April 9, 1865 Clark was discharged at the Appomattox Court House Clark moved to in Brooksville in October of 1871. On March 27, 1872 James Clark married Frances Louise Hope, daughter of David Hope. In Brooksville Clark owned and operated a meat market.By 1878 Clark settled near Port Richey and built a home. On December 4, 1878 the Hopeville Post Office was granted naming Clark as the postmaster. The Hopeville Post Office was closed on November 22, 1881. By 1909 James W. Clark had acquired large property interests in Pasco County. Hee was the owner of 120 acres in Pasco County by 1909. On July 21, 191 Clark passed away in Pasco County; he was buried in the Cycadia Cemetery in Tarpon Springs. Served in Co.H., 1st Regiment SC Volunteers, McCreary’s Infantry. Enlisted 1861 in Camden, SC. He was a POW at the end of the war and discharged at Appomattox, Virginia. 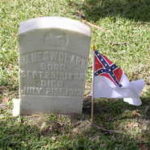 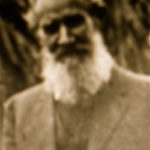 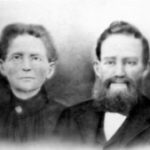