Henry Brown served as a musician for the 8th & 21st South Carolina regiments where he received payment of $12.00 a month. The Confederate Congress authorized salaries for black musicians in the Confederate military in 1862, it specified that they were to receive the same rate of pay as white army musicians, stating “whenever colored persons are employed as musicians in any regiment or company, they shall be entitled to the same pay now allowed by law to musicians regularly enlisted.”

Henry Brown died in 1907 and was laid to rest beside his wife Laura at Cannon Cemetery, a small family cemetery. His funeral was attended by Darlington residents both whites and blacks, as well as the former Confederate Veterans that Brown served with. His casket was covered in a Confederate battle flag and members of the UCV acted as pallbearers. 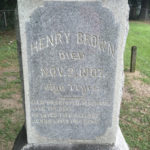 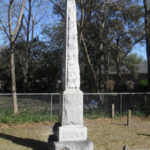 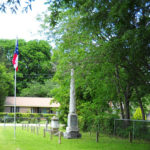 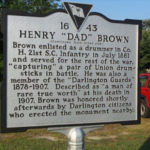 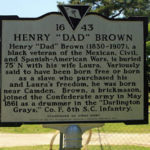 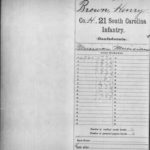 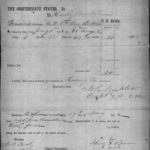 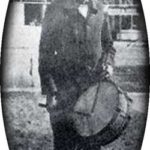