David Wyatt Aiken was a Confederate Army Officer, US Congressman. He served in the War Between the States as Colonel and commander of the 7th South Carolina Infantry, which he led in the Spring 1862 Peninsular Campaign, the September 17, 1862 Battle of Antietam (where he was shot through the lungs) and during the July 1863 Battle of Gettysburg, where his unit saw severe action in the Peach Orchard. His wounds forced him from field duty, and he eventually resigned his commission in 1864. After the war he served in the South Carolina state legislature, and was elected to represent South Carolina’s 3rd District in the United States House of Representatives He served from 1877 to 1887, and died soon after leaving office. He was the father of South Carolina Congressman Wyatt Aiken, and the first cousin to South Carolina Governor and Senator William Aiken.

Congressman, agrarian advocate. “D. Wyatt,” as he was known, was born in Winnsboro on March 17, 1828, one of nine children of the merchant planter David Aiken and Nancy Kerr. Aiken was educated at Mount Zion Academy in his hometown, then graduated from South Carolina College in 1849. A marriage to Mattie Gaillard followed on April 27, 1852, and together they had two daughters. Mattie died in 1855, and two years later, on January 27, 1857, Aiken married Virginia Carolina Smith. His second marriage produced eleven children.

Aiken became proprietor of Bellevue Plantation in the early 1850s, precipitating a lifelong commitment to experimentation with farming methods and to agrarian politics. As a result, Aiken became heavily involved in the State Agricultural Society. A life member of the society, Aiken helped to establish the State Fair in Columbia. By the end of the decade, as secession heated up nationwide, Aiken began to voice intermittent support for southern rights. In 1858 he relocated to a new plantation, Coronaca, in Abbeville County, where he helped found the Abbeville Agricultural Society the following year. When the Civil War broke out, Aiken enlisted and rose to the rank of colonel and commander of the Seventh South Carolina Regiment. He was severely wounded at Sharpsburg, a condition that invalided him out of the war and into a post behind the lines, in Macon, Georgia. He was discharged fully in 1864.

A staunch Democrat, from 1864 to 1866 Aiken represented Abbeville District in the S.C. House of Representatives. During Reconstruction, the link he had earlier made between southernism and agrarianism grew stronger. As part owner and writer for the Charleston-based agricultural journal the Rural Carolinian, Aiken vocally attacked Republican rule. Democratic—and, therefore, agrarian—ascendancy, he argued, could only occur if farmers threw off the crop-lien system and diversified their output away from cotton. In promotion of these goals, Aiken was active in the National Grange movement. He helped establish many subsidiary organizations in South Carolina in the early 1870s, including the South Carolina State Grange in 1872, of which he was “master” for three years.

In 1877 Aiken entered Congress as a representative of the Third District, a position he held until 1887. Nationally Aiken opposed growth of the federal government at the expense of state authority, notably resisting federal funding of state schools in the 1884 Blair Bill. At the same time, and at variance with fellow Democrats, Aiken promoted a revenue tariff and opposed southern war claims. Throughout the 1880s Aiken became a leading advocate of southern agricultural interests in Congress. In particular he fought for inclusion of the secretary of agriculture in the cabinet, a goal that was eventually met in 1889, after Aiken’s death. He died on April 6, 1887, at Cokesbury in Abbeville (later Greenwood) County and was buried in Magnolia Cemetery, Greenwood. The Grange commemorated him as one whose “able pen and eloquent voice were ever used to advocate the rights and interests of farmers.” His son Wyatt Aiken would represent South Carolina in Congress from 1903 to 1917. 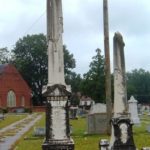 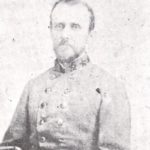 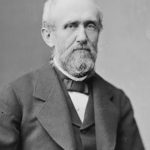 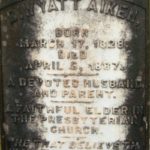