William S. Hutchison was born 1836 in Murfreesboro, Tennessee.  At age 28, he enlisted in Lawrence County, Arkansas to the 10th Arkansas Cavalry.  He also served in (Buster’s) 15th Cav Battalion, and ended up in Company C (commanded by Captain Joshua Wann) of the 45th Arkansas Cavalry Regiment, commanded by Colonel Milton D Baber.  This regiment was surrendered on 11 May 1865 by Brigadier General M. Jeff Thompson, CSA  to Major General G.M. Dodge, USA, commander of the Department of the Missouri.  Private Hutchison was paroled at Jacksonport, Arkansas on 5 June 1865.  I do not know the date of his death the exact burial location, although it is believed to be in Lawrence County, Arkansas. 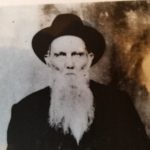