Created the Algiers Guard and was named by the national confederate government as Provost Marshal in April of 1862 for Algiers, LA.  He rode in the funeral procession for Charles Dreux the 1st Confederate Field Officer to be killed in battle. He went to Camp Moore before participating in the Battle of Baton Rouge in August of 1862, he was shot and left on the field of battle thought to be dead. The federals found him and although very badly wounded he survived and was exchanged in a prisoner of war swap in 1863. Although back in New Orleans, his wounds prevented him returning to his regiment. 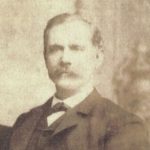 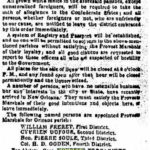