(special thanks to GMG for the following info) – Rev. William Moffat Grier D.D., born 11 February 1843 in Clover, Abbeville County, South Carolina, was the second son of Robert C. and Barbara B. Grier. He married Miss Nannie M. McMorries of Newberry, South Carolina. He graduated from Erskine College in the class of 1860.

As a veteran of the Civil War serving in the CSA Sixth Regiment of South Carolina, William Grier lost a leg at the Battle of Williamsburg, on 05 May 1862.

After the war, William Grier was licensed as an Associate Reformed Presbyterian minister at Cedar Springs A.R.P. in 1866 and settled as pastor at Oak Hill, Wilcox County, Alabama. In September, 1871, he was called to succeed his father as President of Erskine College. Serving in that post until his death on 03 August 1899 in Due West, Abbeville County, South Carolina.

In an old house, built by his father, about one mile from the present little village of Clover, York County, South Carolina, on the eleventh of February, 1843, William Moffatt Grier was born. He was the second son of Robert C. and Barbara B. Grier. His brother, Isaac Livingston, being the first born. At the time of his birth, Dr. Robert C. Grier was pastor of Bethany and Pisgah congregations. In 1847 he was elected President of Erskine College and removed to Due West and it was here that Dr. Grier, Jr. was brought up. He attended the schools of the village, which were fairly good, and in due time entered Erskine College, graduating in class of 1860. He shared the second honor of the class. The first honor was taken by his brother Livingston with one or two others. For a short time after his graduation he engaged in teaching in Fairfield County, South Carolina. While pursuing this quiet vocation, the war between the States broke out, and, fired with a spirit of patriotism, Dr. Grier volunteered his services, joining the sixth regiment of South Carolina, which was made up largely of Chester, Fairfield, and York County troops. Dr. Grier was not in the service long; he was severely wounded at Williamsburg, May 5, 1862, was taken prisoner, and after his exchange returned home.

In 1864 he connected with the Second Presbytery. In April, 1866, at Cedar Springs, he was licensed, and in August, 1867, settled as pastor at Oak Hill, Wilcox County, Alabama. in September, 1871, he was called from his quiet and happy pastorate to succeed his father as President of Erskine College. He accepted with some misgivings the important position “Relying,” and he said, “upon the Divine blessing and the cordial support of those who had elected him.” The task before him was no easy one. The Southern country was suffering from the terrible ravages of the war, the people were impoverished. The burden of reconstruction was upon them. Dr. Grier was young, just twenty-eight, without experience – the old endowment was gone – there was no effective plans for a new one. On the whole the problem of sustaining the college, or at least of promoting its advancement seemed to be a real one. And then Dr. Grier, Jr., was succeeding a father who had been eminently successful, and whose ability and worth had been held in the highest esteem by the whole Church – and he was to take his place as the head of the faculty, some of whom had been his honored instructors. But the choice of the Synod was fully justified, Dr. Grier soon had his work in his hand. He achieved his greatest fame as college president. Dr. F. Y. Pressly says of him: “That he was raised up, qualified and called of God to this service, no one can doubt who is familiar with the history of Erskine College for the last quarter of a century. Such pre-eminent qualifications for so difficult and responsible a station came not by chance. There is no occasion to repeat the question of Mordecai: ‘Who knowest whether thou art come to the Kingdom for such a time as this.'” The success of the College under Dr. Grier’s incumbency is well known. ‘His worth was recognized far outside the bounds of his own denomination, and he was generally accepted as an exponent of the highest and best Christian culture of the South. Under his wise guidance the College has extended her influence, and has a recognized place among institutions of higher Christian learning. With rare tact and with faithful, unsparing toil he has done what he could in rearing a fair superstructure on the foundation laid by the great and godly men who preceded him.” Dr. Grier was a most competent instructor in the chair of Mental and Moral Science, and was distinguished by the clearness and cogency of his reasoning and his skill in imparting knowledge to his students. He was pre-eminently fitted for the government of the College. “He was gentle, firm, considerate and just, he relied more on appeals to the student’s sense of right than on the naked hand of the law. Submission to rightful, constituted authority he insisted upon as a cardinal virtue; but in the enforcement of obedience there was always manifest an affectionate concern for the highest good of the student.” The confidence and appreciation of his work as president was fully shown by the Synod, when weary with his labors and his heavy responsibilities, she refused to accept his resignation tendered at the close of his twenty-fifth year of service.
But not only did Dr. Grier serve Erskine College well as her president and professor. He was a number of times called upon to act as agent. Once he canvassed the Synod, in part, for the endowment, once for money to erect new buildings, and again to raise money on the debt incurred in the erection of the new building and the Dormitory. In his last canvass during a very hot, sultry summer he remarked that he thought when this was finished he ought to graduate. He was not given to consult his own comfort when the Synod called upon him to perform any duty.
Dr. Grier was almost equally as distinguished a preacher, as educator. As one said of him, “He stood in the front rank as a pulpit orator. His sermons were clear, logical, scholarly, and instructive, and withal plain and practical. He preached with a pathos, power and eloquence that captivated and moved his audience. he was a man of power in the pulpit.” His Sabbath afternoon sermons preached in the Due West pulpit will not soon be forgotten, and they have left their impress, upon many young persons, who it maybe have forgotten his words in the classroom.
As professor in the Seminary and as editor of the Associate Reformed Presbyterian, Dr. Grier also served his Church most efficiently. There was no labor that he enjoyed more perhaps, than writing for the Presbyterian. His editorials were always fresh and forcible, and widely influential.

He was indeed a faithful, unselfish servant of the Church, and of the cause of education.
He died in the midst of his usefulness and in the height of his intellectual powers. Returning from his appointment at Bethlehem a few miles from Due West, one hot Sabbath at noon, September 3, 1899, he sat down to dinner, but with little appetite. Complained of feeling sick, fell over in a instant in his chair, and in an hour after he was dead. The stroke of apoplexy soon did its work. He was removed at once from the toil of earth to the blessed rest of heaven.

Dr. Grier was most fortunate in his marriage, his wife, who survives him, Miss Nannie M. McMorries of Newberry, South Carolina, daughter of the late Dr. McMorries. She was a true helpmeet, assisting her husband in his high position and great labors by her sympathy, her appreciation and her prayers. She was a tower of strength, modestly standing behind the scenes but an active participant in all that has been accomplished. There are seven children living. Mrs. J. S. Moffatt of Chester, South Carolina, and Mrs. Laura Moffatt of the same place, Rev. R. L. Grier of Elizabeth City, North Carolina, Mr. W. M. Grier of Due West and mr. R. E. Grier of Charleston, South Carolina. Misses Helen and Agnes, two daughters unmarried, are at home with their mother. Two little ones passed away in childhood.
– From the Centennial History of the Associate Reformed Presbyterian Church, 1905. 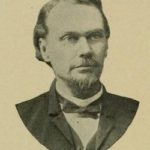