Killed at The Battle of the Crater. He was on the front lines that was blown up by Pennsylvania miners. Body exhumed from the crater several years after the war and buried at Blandford Cemetery nearby in Petersburg, Virginia.

He is not buried at Fairview. A memorial for him is on the back of his wife’s, Nancy Ophelia Brownlee Rasor Wyatt, headstone.

deathplace: Battle of the Crater, Petersburg, Prince George County, Virginia during the War Between the States; 4:44 A.M.

Redmond Foster Wyatt served in the Confederate Army as a private of Company G, 22nd Regiment South Carolina Volunteer Infantry. He served late in the war and was killed at the age of 36 in the blow up at Petersburg, Virginia, July 30, 1864. His son John Rasor Wyatt who was in this same regiment was on sick leave when his father was killed. His name is listed on a plaque of the men from SC at The Old Blandford Church.

R. F. was very well educated, had strong religious convictions and was devoted to his family. Redmond was buried in the “Crater” at Petersburg, Virginia but later removed to Blandford Church Cemetery nearby along with other confederates from his regiment. A memorial headstone marker is on the back of his wife’s headstone at Fairview United Methodist Church Cemetery in Anderson County, South Carolina.

Sonya Behling Eason also has the letter from Rev. (Sgt.) Robert Mason Pickens to R. F. Wyatt’s wife advising her of Redmond’s death at Petersburg during the Battle of the Crater. The translation of this letter is as follows:

Mrs. Wyatt, I find it is my duty this morning, though it is with a heavy heart I do it, to write you a few lines to inform you that our lines were blown up yesterday and all that were in them for 200 yards were killed or captured as the yankees rushed in immediately after the explosion. Mr. Wyatt has not been found. God is a husband to the widow and father for the orphans. We will not see the sons of the righteous begging bread, but will be with you in troubles & the 7th will not forsake you. There is little hope of a capture as the yankees say they got many.

Your friend, R. M. Pickens
(This is Rev. Robert Mason Pickens who was a Sgt.)

CONFEDERATE SOLDIERS WERE RECOVERED FROM THE CRATER AND BURIED AT BLANDFORD CHURCH CEMETERY. THERE ARE NO HEADSTONES BUT A PLAQUE HAS BEEN PLACED IN THE CHURCH WITH THE NAMES OF THE 248 SOUTH CAROLINA SOLDIERS WHO LOST THEIR LIVES. 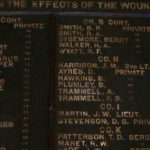 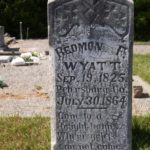 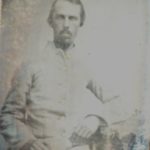