Thaddeus Patrick Raines Sr.
Thaddeus Patrick Raines fought for Co. A 14th Infantry South Carolina Volunteers from 1861-1865 in the War of Northern Aggression. He fought from the very beginning all the way up till the truce called at Appomattox. T.P. Raines fought from the beginning of the War Between the States through General Lee’s Surrender at Appomattox.

There are two versions concerning the origin of lynch law. I wish to refer to prior to discussing the story which Cutler attributes the origin of lynch law. The first version believes the phrase lynch law originated at Lynch Creek in South Carolina. In South Carolina around 1768 there existed a group known as “Regulators”. The Regulators prime function was to maintain law and order. Lynch Creek was a common meeting place for this group from which they dispensed their summary justice. There was a need for such a group in rural communities where our court system had not established itself in our rapidly expanding young nation. The assertion is made that lynch law evolved from the meetings of these Regulators at Lynch Creek. 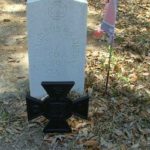 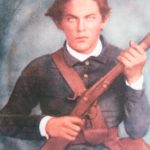