At the age of 20, Edward Waldo Fant enlisted, June 2, 1861, at Pendleton, S. C. for a period of 12 months. A few days later, at Anderson C.H., S. C, he joined Capt. James Long’s Company of the 4th Regiment of South Carolina Volunteers, also known as Co. D, 4th South Carolina Infantry. The Regiment had been organized Apr. 14, 1861 and it was disbanded at the end of a year’s service. There were four Fants and five Earles, all probably Anderson District neighbors in it. (South Carolina Microfilm Roll 185).

Private A. C. Earle attempted to form a company of Cavalry from some of the personnel, as evidenced by a letter of Apr. 15, 1862 that he wrote from Richmond, Va. to the Confederate Secretary of War, including a list of soldiers on which appeared the name of Private E. Fant. But if the idea of such a unit developed into being, the organization
was disbanded quickly. (South Carolina Microfilm Roll 54).

Private E. W. Fant in reality came into E Co., 13th Battalion, S. C. Infantry in 1862, presumably in Virginia, where it was engaged in the Battle of Williamsburg in May. At the end of that month it was encamped near Richmond. It fought on May 31st as well as on June 27th and 30th, 1862. But by an order from the Hq., Army of Northern Va., Nov. 11, 1862, the 13th Battalion personnel were consolidated into Cos. I and K and added to the Infantry component of the Hampton Legion of South Carolina Volunteers. (South Carolina Microfilm Roll 269).

If there was only one Private E. W. Fant in the Hampton Legion, the chances are that it was Private Edward Waldo Fant. Some of the carded information appears to relate to a soldier in I Co. and some to a soldier in K Co., but in any case, it becomes difficult to be precise about what happened to Private Edward Waldo Fant in the final years of the War. (South Carolina Microfilm Roll 365). http://www.ebooksread.com/authors-eng/alfred-edward-fant/fant-genealogy–comprising-2809-individual-entries-noting-available-biographic-tna/page-4-fant-genealogy–comprising-2809-individual-entries-noting-available-biographic-tna.shtml 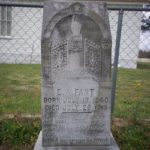 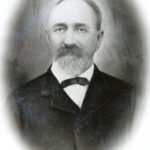